BEAUTIFICATION AND GREENING THE SCHOOL INITIATIVE AND CLEANLINESS CAMPAIGN 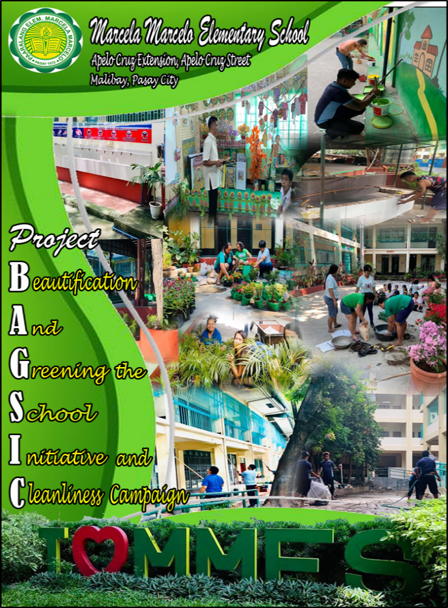 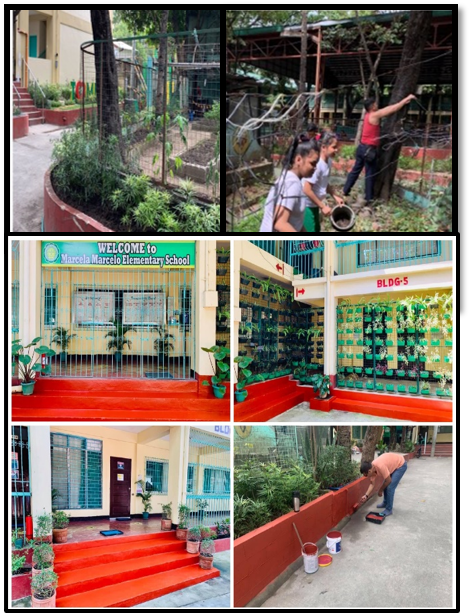 Marcela Marcelo Elementary School underwent several transformations brought about by changes in leadership, modernization, and natural causes. In 2018, one of the major problems confronting the school is its poor learning environment which affects the achievement level of students, enrolment, and stakeholders’ support for the school. The problem of the poor location of the school with frequent flooding, poor classroom structure, and unmanaged landscape hinder smooth and efficient productivity and the delivery of basic educational services.

It is for this reason that the school initiated a school-based intervention project coined as  “Project BAGSIC” ( Beautification And Greening the School Initiative and Cleanliness Campaign ) in order to address the problems brought about by the school’s poor learning environment. The project’s acronym was derived from the origin of the name of the school, Marcela Marcelo is also known as “Selang Bagsik” the determined and strong-willed heroine of Malibay who serves as an inspiration for all the aspirations of the school.

This conceptualized intervention project was launched in 2018, that focuses mainly on the beautification and greening of the school grounds in its first year of implementation. The School Planning Team (SPT) headed by the former principal, Mr. Noel F. Junio, Project Team, and the owner-developer, Mr. Errol John P. Ruiz identified partners for its first year of implementation. Project BAGSIC partnered with the GPTA for School Year 2018-2019.  After a series of planning meetings, a fundraising drive was conceptualized. The Search for Mr. and Miss MMES 2019 was launched and able to raised enough fund to start the project. The GPTA allotted Php 200,000.00 (two hundred thousand pesos) to purchase plants, soil, garden materials, and other equipment for the landscaping of the school grounds. Teachers were also provided materials for structuring their classrooms, ancillary rooms, reading corners, and other school facilities.

The first year of implementation of “Project BAGSIC” was very tough. Taking into consideration the funds, manpower needed to start the project, and the wide scope of work needed to be done. The main focus was the school grounds that need a lot of improvement due to frequent flooding in school during inclement weather. Classrooms also need to be restructured to provide a conducive learning environment for the pupils. Massive landscaping was also a priority to green the school and reviving the water supply of the school was also a challenge.

With the help and support of the stakeholders, teachers, and pupils, the project started to implement. The GPTA played a very important role in financing the project. They allotted funds for the landscaping project and purchased more plants for the remaining areas of the school.

Project BAGSIC partnered with the YES-O Club through their “Butil sa Bote Project”, an adaptation of Project BAGSIC. As a partner, they were in-charge of beautifying the school garden and conducted regular clean-up drive around the school grounds. It also heightened environmental awareness and promote cleanliness and advocacy to school as No Littering and Zero Waste School. The YES-O Officers were in-charged in collecting plastic bottles inside the school and recycled them to serve as pots for ornamental plants in the garden.

Another partner was the Supreme Pupil Government (SPG). They spearheaded the “Oplan Dampot” and “Project Luntian”. These initiatives aim to inculcate the value of cleanliness among Marcelanians and maintain a green school environment by planting flowering and ornamentals plants around the school premises respectively.